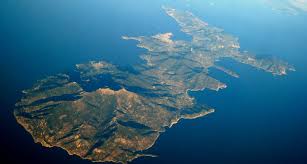 For its size (224 square km) Elba presents an impressive numeber of trails and soil types.
This variety is linked to the geological origin of the island:

With his huge granit mass Monte Capanne (1019 m) is the main feature of the west side.
This is a steep and rugged coast strech, here the trails are characterized by granit slabs and rocks.
A day of riding on this technical terrain can be very demanding for both rider and bikecycle.

The eastern area was linked to the Apennines, in fact there are rock formations form Tuscany and Liguria.
Here porphyry , yellow/brown rocks, and dirt are the most common ground feature, flowy sections of track are often interrupted by loose rock gardens.

The Calamita penisola has its origins in Afrtica and the 570 milion years old rocks are the oldest part of the island.
This is maybe one of the most suggestive parts of the island, rich of iron minerals, mines and quarries the colors go from yellow and red ocher to hematite black.
The Capoliveri bike park hosts the Legend Cup, a well konwn marathon race, and a particularly nice trail runs trough the old quarry directly abowe the sea.
The ground is sandy and the grip is better after a day of rain.

The island of Elba is mostly covered by macchia mediterranea a shrubland biome, typically consisting of densely growing evergreen shrubs, of difficult access.It has its origins from holm and cork oak forests witch were cut down by deforestation , fires , intense grazing, agriculture, mining and metallurgy.

This type of vegetation requires frequent maintenance, so that often the branches take over and the trail ends in the middle of nowhere

In spring the south coast is covered by the yellow flowers of the pruno caprino, its thorns are a nightmare even with gloves. Here exotic species of subtropical climate such as prickly pear, agave and palm are completely naturalized.

On monte Perone and Capanne from the height of Marciana Alta you will find chestnut trees and ferns.
During the 50′ pine trees were massively introduced on the forested hills and abandoned pastures.

The temperatures are very mitigated even in the winter months. Rainy days are quite rare, in particular in the summer.

We advise against a holiday focused on mtbiking in the high season, in August and July it is very hot, traffic jams are common, prices are high and accomodation and trails are crowded.

The best period is spring, autumn and even winter, temperatures are ideal, prices are low, trails and roads are little trafficated so that also transfers on asphalt are enjoyable.

During winter the very cold days are rare, the life rhythm of the hole island slows down from the almost chaotic summer months.
Encounters on the trails will get unusual to the point that it fells like been km away from civilization.
Finding accommodation can be problematic and most of the restaurants and bars in the touristic areas are closed. 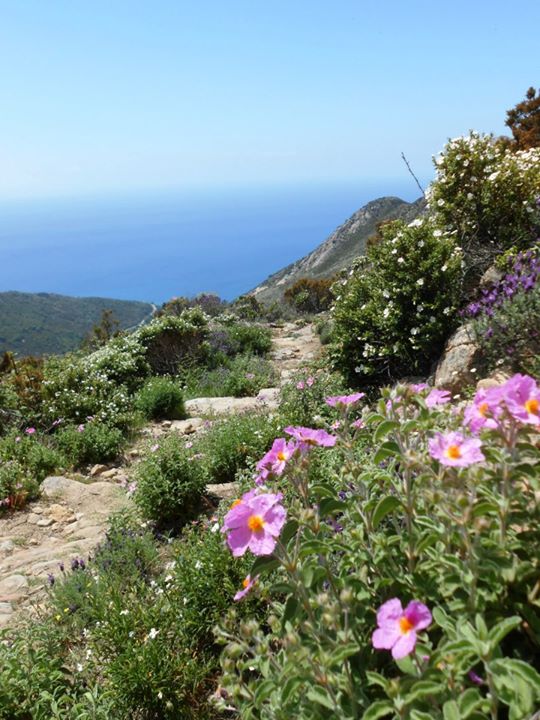